Lorenzo Wood is a musician, songwriter, producer, and vocalist from the San Francisco area now based in LA. His heartfelt, honest lyrics present a personal perspective of friendships, relationships, and coming of age in the modern era of social media. His songs, rooted in the pop genre, borrow from a number of different musical styles to create a distinctive mix of real instruments and electronic sounds.

In addition to recording and producing songs and videos in his home studio, Lorenzo enjoys taking music to the stage. With a skillset in music performance technology, he puts together unique, intricate live setups that make his performances stand out.

In 2018, while releasing his first EP at the age of 15, he put together and hired a band to play the newly released songs with him on stage. He performed again 2019 with a new lineup.

Lorenzo has also performed as a member of several local bands. Recently he has supported Kat Van Morgan, Saint Benjamin, and others, playing whatever instruments were needed.

For many of his own performances and those of others, Lorenzo coordinates and runs live sound, being knowledgeable and experienced with most audio and musical equipment.

Thoughts From the ER (cover of Lawrence song) 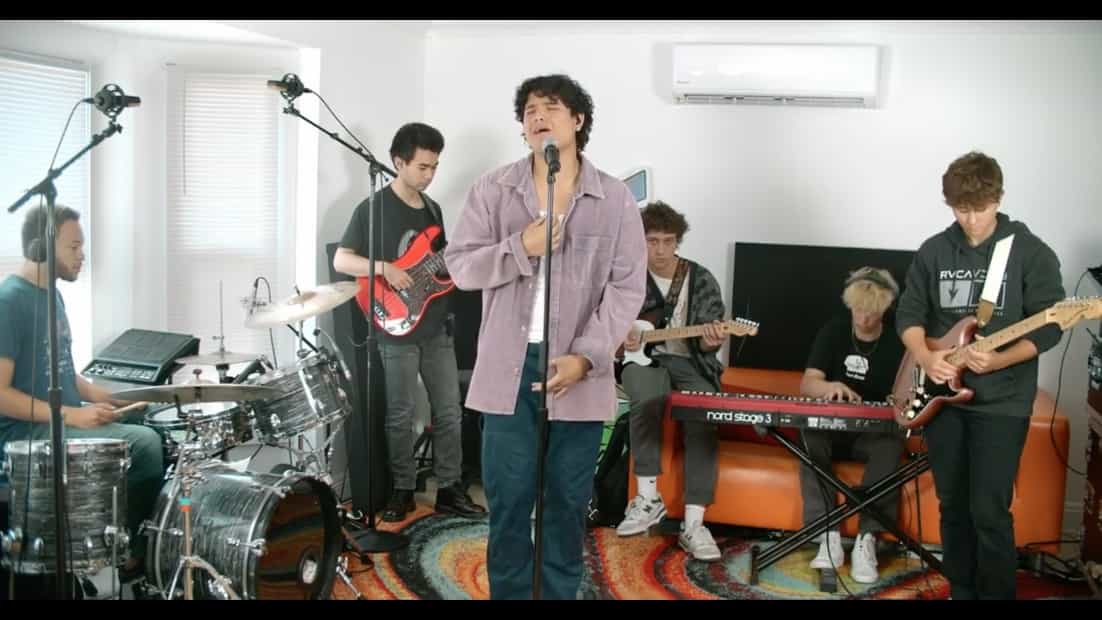 This is a breakup song. But unlike most breakup songs, this takes place before the breakup and is from the perspective of the person finding that they need to initiate it. It’s about the turmoil in deciding to put an end to a relationship that isn’t quite cutting it.

This song gave me the most relieving cry session. Somehow he managed to convey all the conflicting thoughts and feelings I had during my first relationship and I finally feel so understood … Throughout the song, the artist's voice is effortlessly beautiful. Emotional lyrics follow the internal conflict between the protagonist and their thoughts. Should they end the relationship now that the spark is gone and hurt the other person? Or must they endure unhappiness for the sake of the other person? He doesn’t give us an answer, but he does depict the situation with powerful metaphors of cages, flight, and succumbing to the pool of your darkest thoughts.

We all know that great music is written based on personal experiences and real emotions, especially the breakup song theme. Lorenzo Wood’s Drown uses a fresh perspective from the person who has to do the breaking up and the horrific anxiety that ending a relationship causes, especially when no one has warranted the change of heart. Sometimes it just happens. I think the lyrics to this song reflect these complex emotions.

More Than Friends is an upbeat song about the hopeful transition from being just friends into a relationship.

’More Than Friends’ is a soft Electro Pop track with a brief interlude of sultry saxophone to add to the musical layers and production. The emotion of the lyrics is real, and Wood’s performance is genuine as you can feel the plaintive hope in every word.

An uplifting pop song about investing wholeheartedly in a relationship and taking it from friendship to something more. Everything written and produced by the singer and you also find spice with saxophone in the song. So very charming.

The first of several singles that I released in Spring 2020. The start of my new era of music with a fiery beat and smooth saxophone.

Originally meant to be a song about depression and heartbreak, it gains new meaning during the lonely times of social distancing and being stuck at home.

It's about how your friends need to support you, even if they don't understand what you're going through.

This is an EP with four versions of the same song! The original (in the video here), a remix by Aendru, a rock version, and an acoustic-driven duet with Kaia.

My debut EP, released when I was just 15 years old. That seems so long ago now! My favorite track is "Don't Look Back"; It's stood the test of time the most, in my opinion.